We spend our lives defending ourselves to ourselves for those things which we both consider and don’t consider to be part of ourselves, against the idea of what will have been. We hold our destiny, but spend a lifetime wishing this thing or that could be different. Life is a tangle of paths upon which we are constantly making decisions, which way to go, this place or that, based on the signposts we see. And the writing on those signposts is in some sort of divine code that becomes more and more archaic the more we understand of it.

We come to the end of the river, past the last tributary, and though there is much confusion as to the origin of our own individual big bang, the process of speeding through the Universe, spinning around and around 1037 mph for tens of thousands of days…what were you doing to make you forget this was happening? How much of that time did you sleep off? How many days stumbling like a zombie through the routines, the necessary engagements, and daily communication with others, tethered to communicating with your own identity? Did the sheer number of people cause you to be indifferent to your place among them? 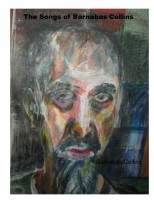 The Songs of Barnabas Collins
By Barnabas Collins
Price: $0.99 USD. Words: 3,070. Language: English. Published: March 8, 2015. Category:Fiction » Poetry » Epic
18 songs by Barnabas Collins covering the emotional reaction to birth, life, and death, and facing the horror of awareness we as humans all must face. From the elementary school child, to the reactionary ideologue that a person seemingly becomes, along with old age that follows, Collins captures the emotional bond of the old man as he looks back toward his childhood and views a commo